A symbolic campaign in Slovakia for Fidesz-KDNP 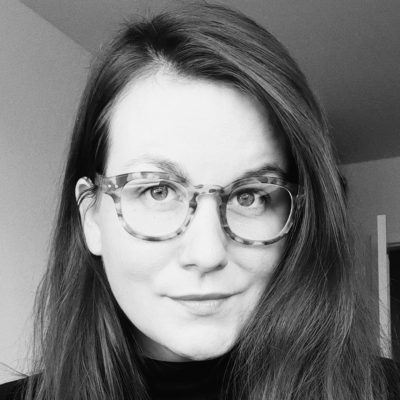 Until recently, dual citizenship was not allowed in Slovakia, so Fidesz could not expect a significant number of votes from the Felvidék region. However, the campaign mood still exists: many local politicians assured the governing party of their support.

Upper Hungary (known in Hungary as Felvidék) is perhaps the least interesting terrain in terms of votes abroad. In 2010, dual citizenship was prohibited, which is believed to have resulted in Hungarians not acquiring Hungarian citizenship massively. Nevertheless, before the Hungarian parliamentary elections, some symbolic, “campaign-like” movements occurred in southern Slovakia. Although the new joint Hungarian party, the Alliance promised not to participate, its MKP platform still conveyed often Fidesz’ messages directly. In addition, the news portals generously supported by the Hungarian government did not deviate from the usual trend writing about the Hungarian government and its members only in a positive tone, ensuring plenty of space for them.

The situation of the Hungarian community in Upper Hungary is rather special in terms of foreign votes. Following the amendment of the Slovak Citizenship Act in 2010, the institution of dual citizenship was prohibited in Slovakia, so the acquisition of a second citizenship automatically resulted in the loss of the Slovak citizenship. This year’s amendment, partially lifting the ban, did not bring much change either. It is not a big surprise, then, that the Hungarians of Upper Hungary did not request massively the second citizenship in such a difficult context.

The majority of voters abroad are Hungarians in Transylvania and Vojvodina. In Romania, nearly 200,000 people have successfully registered for the elections in recent years, while in Serbia 68,000. The number of registered voters in countries forbidding dual citizenship is currently less than 23,000, and it is not known how many of them are Slovak citizens.

A rather symbolic mobilisation

Since Slovakia has the lowest number of dual citizens, it is not surprising that pre-election mobilisation was not as intense as in Transylvania. However, the pre-election communications of some Hungarian politicians in Slovakia and the materials published in the media supported by the Hungarian Government suggest that the mobilisation took place, but rather on a more symbolic level.

According to Zoltán Szalay, a journalist with DenníkN, we could not encounter any classic campaign events or campaign meetings in Upper Hungary. “Some kind of campaign took place in the online.” – he added. He also pointed out that the MKP platform of the joint Hungarian party, the MKP platform of the Alliance, had repeatedly shared posts in which it clearly supported Fidesz and encouraged its own sympathizers to support it in turns if they could. According to him, portals close to MKP did not remain idle either.

The Hungarian election campaign officially started on 22 February 2022. However, some Hungarian politicians in Slovakia knew months before which party should win the election. The issue of the elections started to be specifically addressed in November 2021. It was a big question what position the Alliance i.e. the new party, formed in the spirit of the Hungarian political unity in Slovakia, would take in connection with the Hungarian elections. One of the members of the party alliance is the Party of the Hungarian Community (MKP), which practically no longer exists, but was the official strategic partner of Fidesz. However, Most-Híd, which has long been sharply criticising the Orbán government, is also part of the joint project.

Although the leaders of the Alliance promised not to take part in the campaign in Hungary in autumn 2021, some accepted the invitation of the Hungarian governing party to the Fidesz General Assembly for re-election of officials, which also marked the beginning of the party’s election campaign.

The so-called “non-participation” in the campaign is interpreted differently by some allied politicians as illustrated by the case of József Berényi, the leader of the MKP platform. At the end of last year, he spoke about the Hungarian election in a video message. In the footage, he openly supported the current Hungarian Government, FIDESZ-KDNP. “My opinion is that the need for a change of government is not justified from the point of view of the Hungarian community in Upper Hungary.” – Berényi said in his video shared on Facebook. He mentioned the financial aid granted by the Hungarian state, which, in his opinion, support the importance for Fidesz to stay.

Krisztián Forró, president of the Alliance, later appeared alongside others at Viktor Orbán’s 23rd annual Address. Although the President was careful not to directly support Fidesz or Viktor Orbán, he explained in several interviews that the current national policy trend should continue.

Mostly the MKP platform was active in the online

Among the shared posts, there were some that directly attacked the opposition prime minister-designate, Péter Márki-Zay.

Beyond of the online space, the party’s platform has also been mobilised in real life. In mid-January, the platform encouraged its sympathisers to take part in the peace march announced by Viktor Orbán for 15 March: “at least symbolically, we can express our support for Viktor Orbán and the national government.

At the end of March, the politicians from the Lévai district clearly stood up for Viktor Orbán and Fidesz. A few days later, József Berényi took stand again on the Facebook page of the MKP platform. He wrote that “the MKP platform of the Alliance trusts the Fidesz-KDNP success”.

In the days leading up to the elections, some politicians of the MKP platform published Facebook posts directly supporting Fidesz. They argued that it was important for the Hungarians in Upper Hungary that Fidesz would continue to govern.

As we have written before, part of the Hungarian media space in Slovakia also receives financial support from Budapest. And the grants are essential for their survival. Although the grants received from the state-run BGF does not automatically mean censorship, the bias of these portals is striking.

The biggest recipient is the MA7 media family financed and operating from Hungarian public funds. The BGF’s decision lists also include the Association for Common Goals, which operates the Felvidék.ma portal, or Vox Juventae, which is behind Körkép.sk.

Previous content analyses have also shown that the Ma7 portal, for example, provides space for Hungarian government propaganda. At the time of the elections, in accordance with the trends, they published almost exclusively the messages of the ruling party. It is no different in the case of Felvidék.ma and Körkép, and the situation did not change prior to the election either.

One reason for the bias may be that MTI (the Hungarian News Agency) news often appears on these portals as well. At MTI, on the other hand, as pointed out by Direkt36, the principles of news editing were completely subordinated to political views, so the news of MTI already shows a distorted picture of Hungarian political life.