Positive Light on Viktor Orbán, No Light on the Opposition 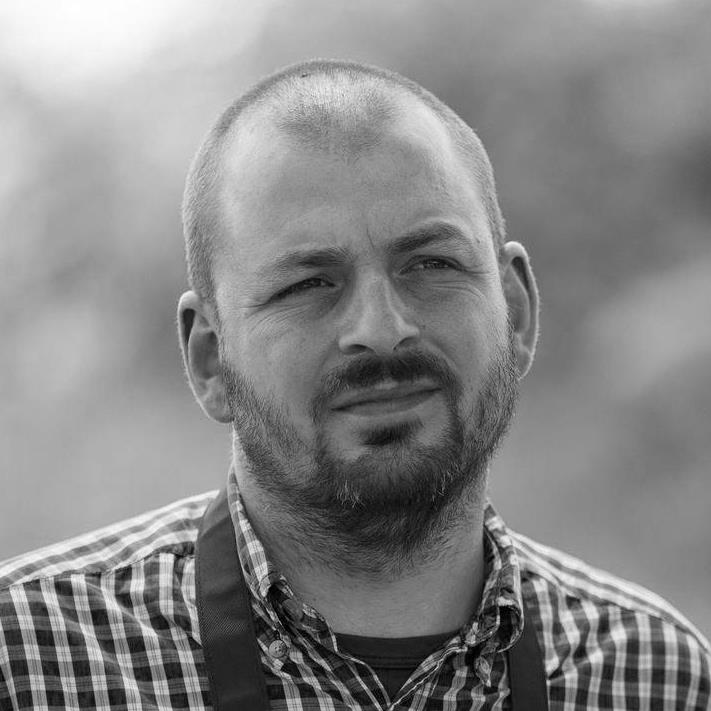 The online Hungarian daily press from Transylvania covers the preparations for the elections in Hungary in an utterly one-sided manner: while negative news about the Hungarian government are extremely difficult to find, the opposition is either missing, or is only about Gyurcsány.

The Hungarian government was almost always mentioned in a positive context in the Hungarian online press from Transylvania during the period leading up to elections in Hungary in early April. News regarding the opposition were either ignored or presented in a fully negative and discrediting language.

At the same time, topics which are embarrasing for the Hungarian government were almost completely absent from the Hungarian online press in Transylvania, and voices critical to the government are also very hard to find.

In order to have a methodical look on how the Hungarian online press in Transylvania presents the election, we analysed around 700 articles – news, analyses, interviews and editorials – published in the Hungarian online press from Transylvania from the end of August 2021 to 11 February 2022, the official beginning of the election campaign in Hungary.

Our data collection methods were simple: we searched for keywords relevant for the topic (e.g. “Márki-Zay Péter”, “Orbán Viktor”, “regisztráció” [registration]) in the search field of the most popular Hungarian online press products, and collected, structured and categorised the results by topics.

Positive Light on Viktor Orbán, No Light on the Opposition

It can be said about the collected articles in general that they present the Hungarian government and Prime Minister Viktor Orbán most often in a positive, or less often in a neutral light. The opposition politicians are most often presented in a negative, less often in a neutral context, if they appear at all. It is clearly visible that the opposition of the Hungarian government gets very little space on Transylvanian online platforms.

At the same time, events that were uncomfortable for the Hungarian government were completely left out of the news. There is no coverage, for instance, about the corruption case of Pál Völner, state secretary in the Minister of Justice, also involving Árpád János Potápi, state secretary for national policies, who often visits Transylvania.

The Hungarian press from Transylvania, which has always been closely following the events in Hungary, also failed to cover last year’s record budget deficit and the resulting restrictions, just as the Pegasus spy software surveillance was completely omitted in the news.

Scandals related to the Hungarian government parties are not in the news in Transylvania even if they concern the funding of Hungarian communities living outside Hungary or even if their main protagonist is an official of Transylvanian origin. We found no mention of the case which involved the Odorheiu-Secuiesc-born László Veress, Head of Cabinet of László Kövér, Speaker of the National Assembly of Hungary.

His family lives in a luxury villa bought by a foundation which supports Hungarians outside Hungary for 240 million HUF. However, another article on László Veress’s villa in the village of Tibod near Odorheiu Secuiesc resulted in an outraged article published in response.

Viktor Orbán appears in the majority of the articles in a positive or neutral light. Most news about him are positive and inspiring, he himself is presented as a strong-willed, self-possessed politician, who resists (western) trends but looks after the interests of the Hungarians.

Péter Márki-Zay, the opposition’s Prime Minister candidate, appears in just the opposite light: he is weak (Gyurcsány’s puppet), his campaign is funded by László Bige, the “red baron”, he makes statements perceived as negative by most of the voters (criticises the governmental decrease of utilities costs), has negative gestures (offends Hungarians living outside Hungary with his statements), or the opposition coalition is doing badly in the polls.

While Orbán’s speeches are quoted at length, the words of the opposition candidate are usually cited outside their context, and often accompanied by malicious or inappropriate comments. For example, Gyurcsány’s name is also often included in the article, regardless of the subject of Márki-Zay’s original statement.

The Sekler media trust keeps completely silent about the opposition

There is a spectacular difference in how the media outlets belonging to the two large media empires close to the Hungarian government – the Association for Transylvanian Media Space and the KESMA – treat the Hungarian opposition.

The three news portals Székelyhon, Krónika and Főtér, owned by the Association for Transylvanian Media Space which has been funded in the past couple of years with 20 million euros by the Hungarian government, rarely publish content related to the opposition.

For example, the results of the opposition pre-elections in October were only worth a short piece of news on Krónika, taken over from the Hungarian news agency MTI (although it is true that they did take over the MTI news quoting at length the opposition speeches at the 23 October commemorations given by the opposition parties).

Márki-Zay’s victory at the pre-elections failed to be newsworthy on one of the most popular news portals of the Hungarian press in Transylvania, the Székelyhon, and it wasn’t covered on Főtér portal either.

It must also be emphasized that this silence also means that negative news about the Hungarian opposition are also scarce on these platforms.

The only case that captured the editors’ interest was when the mayor of Odorheiu Secuiesc, Árpád Gálfi, put out Facebook vote whether he should meet with Péter Márki-Zay. This was a detailed piece of news on Székelyhon. Later a “leaked” letter of the Hungarian local government leaders to Márki-Zay in which they informed him that they did not wish to meet with him before the elections became the subject of news pieces both on Székelyhon and Főtér.

At the same time, an unusually large amount of news was published in Krónika about the meeting between Viktor Orbán and Vladimir Putin on 1 February: four MTI news and an analysis. Generally speaking, this platform has a relatively high coverage of the situation in Ukraine and the Hungarian government’s foreign policy compared to the average for Transylvania (although largely based on MTI news reports).

Erdon.ro has joined the mud-slinging full steam ahead

While all the platforms in the portfolio of the Association for Transylvanian Media Space seem to avoid any news related to the opposition, the erdon.ro, a page in the Central European Press and Media Foundation (KESMA) media trust, follows a radically different strategy. This page publishes as many as half a dozen news a day on Péter Márki-Zay and other politicions or supporters of the opposition.

Perhaps this amount can be better appreciated if we say that more than half (389) of the 700 news items we collected were published on erdon.ro. The vast majority of these unauthored pieces portray the opposition in a negative light, either on the basis of some out-of-context half-sentence or a Facebook post by a pro-government politician, expert or supporter.

A few titles that give a sense of the content of these materials:

From mocking disability to the Death Star – Márki-Zay’s top 5 most controversial statements (video);

Zsolt Bayer: Márki-Zay has found the best way to fight the epidemic: spitting in a mask;

In desperation, a totally confused Márki-Zay would argue with anyone (videos).

Maszol.ro is the other most visited Hungarian news portal in Transylvania besides szekelyhon.ro. Its publisher is the Progress Foundation, founded by the DAHR. It receives most of its budget from the DAHR, although its sponsors include the Hungarian state as well – the Bethlen Gábor Fund, the Hungarian state electricity company (Magyar Villamos Művek Zrt.) and state gambling company (Szerencsejáték Zrt.).

Traditionally, maszol.ro has tended to be a left-leaning media outlet, but this has somewhat changed since the DAHR has become the main ally of the Hungarian government in Transylvania. In the analysed period, the news published on maszol.ro present a mixed picture. Several articles were published about the pre-elections of the opposition, including one about a Facebook post by mayor of Odorheiu Secuiesc Árpád Gálfi about Péter Márki-Zay, with the title: Árpád Gálfi has got himself into an embarrassing diplomatic mishap. The paper also presented the position of Transylvanian intellectuals on the upcoming Hungarian elections.

The vote of Hungarians from Transylvania is no longer controversial

Almost all media outlets in Transylvania publish information about the organisation of parliamentary elections. The registration campaign launched by the Eurotrans Foundation and the Hungarian National Council of Transylvania has had a great media coverage.

The campaign tour of Barna Pál Zsigmond, Ministerial Commissioner of Fidesz, former Consul General in Miercurea Ciuc, was featured in a number of news portals, just like Árpád Potápi’s and Katalin Szili’s visits.

All of these materials emphasize that Hungarians in Transylvania with a Hungarian citizenship are strongly encouraged to register for vote. News about the date of the elections was also published everywhere.

It is striking that none of these newspapers express any reservations or criticisms about the voting of Hungarians living outside the borders of Hungary. During previous parliamentary elections, this issue generated serious debate in the Transylvanian Hungarian press.

Copy-paste MTI news instead of their own questions

It can also be seen that in a press conference or interview, journalists do not ask questions that might be uncomfortable for the politician representing the Hungarian government or that might contradict the narrative of the Hungarian government. The materials do not try to put the statements in context, but only quote at length sentences which are clearly prefabricated political panels.

One explanation for this may be that the Hungarian press in Transylvania very often uses MTI news – and political considerations have long taken the place of independent news editing at the state news agency, as Direkt36 has uncovered.

It even happens that outlets don’t send their own reporter to a press conference even if they could easily participate. Instead, they prefer the convenient solution of taking over MTI’s coverage. It is also relatively rare for journalists to produce their own material – i.e. to work with multiple news sources, use data of public interest, or investigate certain topics themselves.

Transindex covered more opposition content, but it ceased to exist

However, Transindex ceased to exist after the DAHR-founded Communitas Foundation, the main funder of the Transindex project, announced in spring 2021 that it would no longer finance the portal. On 15 February 2022, the entire editorial team resigned, and a day later they announced the launch of a new project, Transtelex. This project is currently at the fundraising stage, it is not known when the new site will be launched. We wrote about the background of the situation at Transindex here.